The Home Office has published its response to two reviews of Tier 2 policy, undertaken by the Migration Advisory Committee. 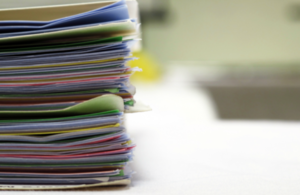 Today, 24 March, the government has announced its response to two reviews of Tier 2 policy by the independent Migration Advisory Committee (MAC).
Tier 2 is the main immigration route for non-EEA nationals to apply to work in the UK. The proposed changes are balanced to ensure that employers are incentivised to up-skill and train resident workers, whilst making sure they can continue to access migrant workers when needed.
The main changes include:
The changes will come into effect in two stages (autumn 2016 and April 2017) to ensure that businesses have time to prepare.
Further detail is available in the written ministerial statement.

Great news! We have a bigger allocation of rooms in Shanowen Hall so we are able to offer a promotion to our Russian Partners in July if students book the residence on selected dates. This special promotion with low % of Russian speakers (less and 5%) makes Alpha the perfect choice.

There are 25 places for each date. As always with promotions, this will be on a first come - first served basis so please check the availability before confirming with your clients.

For more information and photos of our residence, please visit our website: https://alphacollege.com/shanowen-hall/

For information on any of our courses or ways we can increase bookings get in touch with us.